Closing the circle - reunited with friends and family

a bit delayed - the blogging frequency reflects that we've been quite busy since our return :-) Allerheiligen im Mürztal, Kirchanschöring

In the arrivals hall of Vienna Airport, we were welcomed by Sam’s parents. They were holding a large banner for us and had even brought wreaths for us to wear. We were delighted about the special welcome, but what counted more was seeing each other again after such a long time.
Once we had loaded all of our stuff into the car and were on the way home, we were chatting away like always, just as if we had never left. That’s just how it feels being back home and with people we dearly love and know inside out. And that’s how from a minute to the other, mentally our world travel was over even though we have not reached our own house. 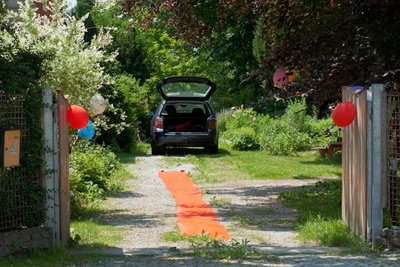 We had intentionally planned to stay in Austria for 10 days. After all, there were many people we wanted to meet and see again after such a long time. And there were many things we planned to do.
Already on our first day we were greeted with one of our favorite foods that we did not have for a very long time: Bavarian ‘Weißwürste’ with sweet Händlmaier mustard. But also the next couple of days held lots of delicious foods in store for us. Despite several tours to stop at ‘Tödtling’s Icecream Parlor’ we are still not able to tell which of his many flavors we like best. We had Polenta, Buchteln, several variations of casseroles and used the nice weather for barbecues. 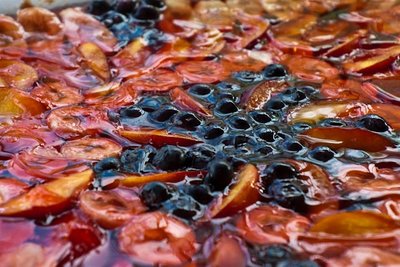 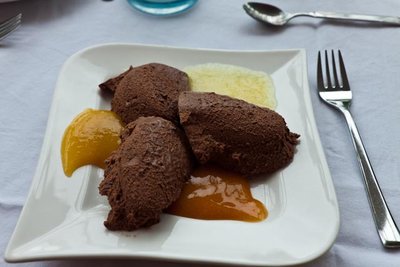 And even though we thought this covered already most of our cravings, those ‘normal’ days were topped by the birthday parties. We celebrated Sam’s birthday with a huge pan of paella and enjoyed Sam’s favorite cakes. And upon Max’ request we celebrated a delayed birthday party for him as well.
We also got to see many members of Sam’s extended family who were invited at our welcome party and for Sam’s birthday. Max spent lots of time with his uncles and seeing how they played together, it felt like they had just seen each other the week before. We visited friends and got to catch up on what happened during the last year. 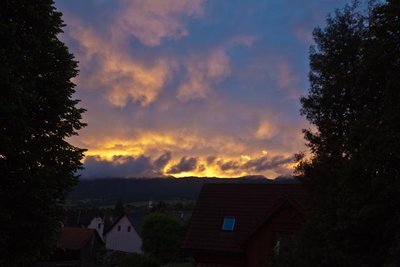 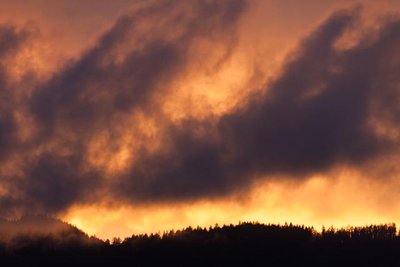 And to our great delight we also managed to meet one of our new friends. As agreed with Davina already seven weeks earlier in Nepal, we tackled the 2277m Hochschwab, Sam’s ‘home mountain’ and a favorite hiking destination in the region. It took us over four hours to make it to the top via the ‘G’hacktes’ – a small section of via ferrata through the steepest part of the hike. 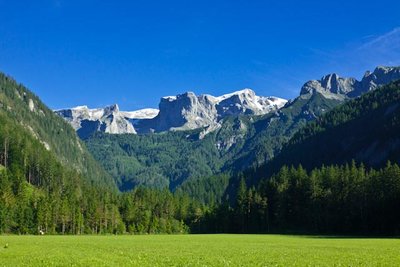 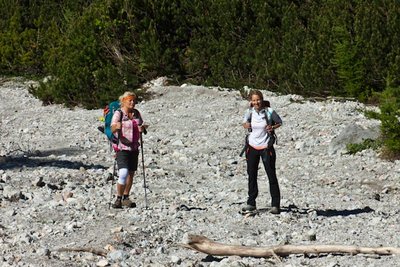 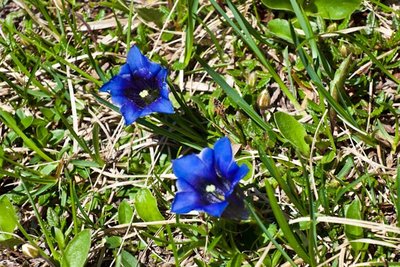 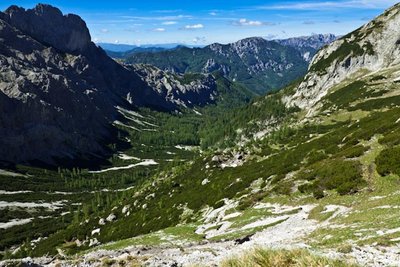 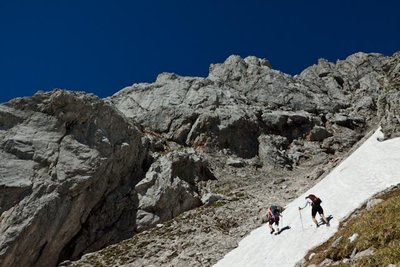 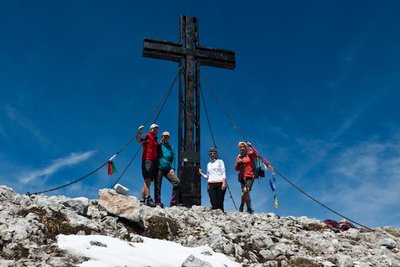 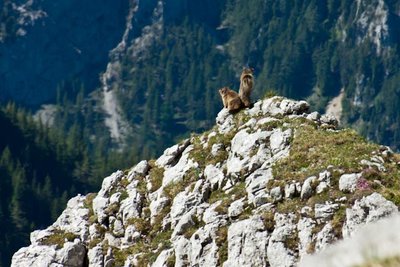 After a lunch break at the top, we got to see several chamois, marmots and a group of twelve sizable alpine ibex on our hike down. At Häuselalm we deserved a break and enjoyed Kaspressknödel- and Strudel-soup before heading down the remaining altitude difference to the Bodenbauer, where our car was parked. 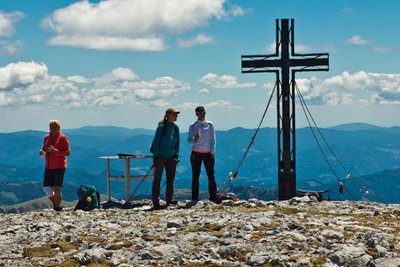 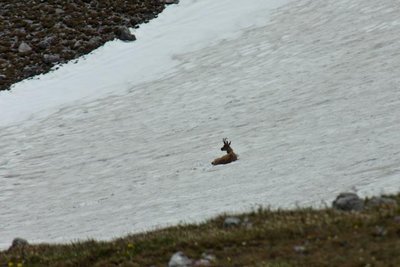 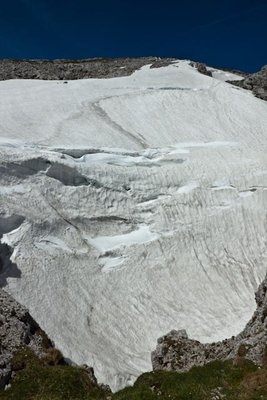 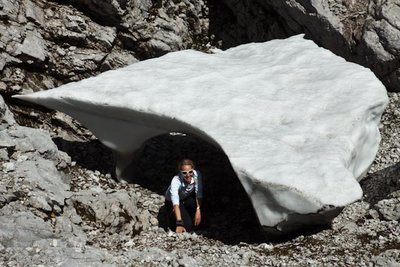 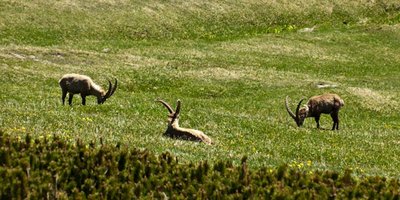 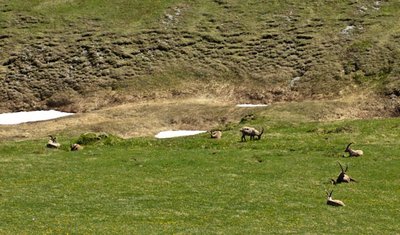 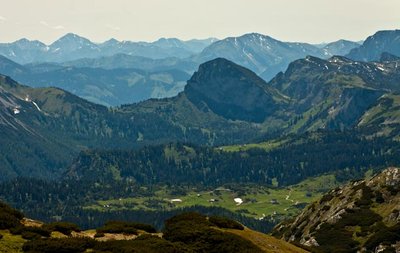 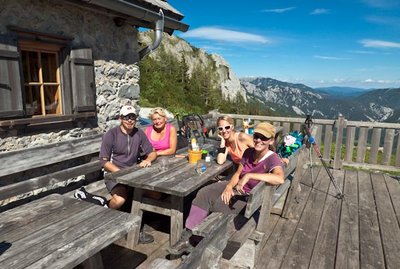 While Davina, Irmi, Sam and I were hiking, Max was out with his great-grandmother. They had a great outing taking the train and bus into Bruck an der Mur. Not surprisingly, his highlight was the visit in a toy shop where he was allowed to pick a toy to take home.
From Otmar and Davina we also got back our belongings that we had asked them to take home for us from New Zealand and Nepal respectively. It was surprising to see what we had given them and indeed there’s hardly anything we had missed in the meantime. And we also found some dear items we had left in Austria before heading off: Sam was happy to see his trial bike and the trailer. Unfortunately, my car is not around anymore. Some guy had totalled it while trying to park (or was it drift?!?) his own car. While it’s good to know that his insurance company paid for the time value, we would have certainly preferred to get the car back instead of the money.
We also got to do some things we had not done for a while: Sam and Max had fun chopping wood, all of us went biking, Sam went trial biking, we walked down to the Mürz to skip and throw stones in the water, read the local newspaper, spent time relaxing in the hanging chair, etc.
We also headed to the mountains once more – this time together with Max and Otmar. After making it to the Fölz at 1472m, we treated ourselves to Fritattensuppe and Schweinsbraten at the Herzer Hütte. And on the way down, Max and Sam had to build a small dam in the river – after all, that’s what they did in almost all countries we visited. 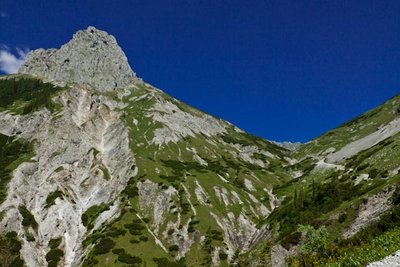 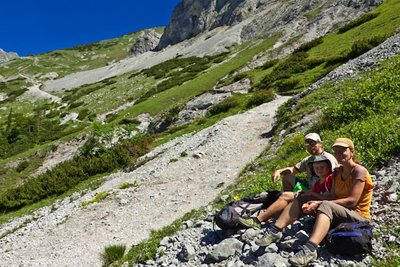 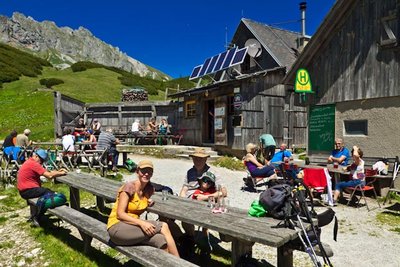 We truly enjoyed our time in Austria. It was already a very different rhythm vs. the time we spent on the road. In other words: We mastered already phase one of the process of re-entry into our ‘normal’ life. Still, we consider ourselves lucky to have eight more weeks until we’ll start working again. That should hopefully be sufficient to be fully immersed in our home culture and lifestyle again.
After ten days in Austria, we headed off towards Bavaria to my family. Irmi took us all the way to Stein an der Enns, where we spent some time with friends. It was a hot day and the kids had fun playing in the pool and on the water slide. 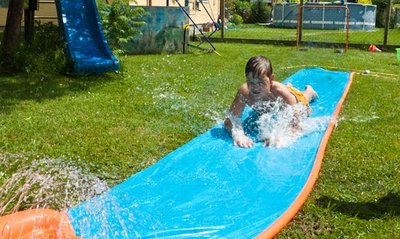 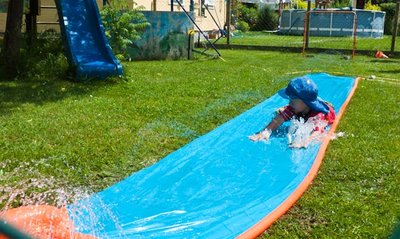 That's also where my parents picked us up and took us to Kirchanschöring. And that’s where we closed our circle. It had been 412 days ago (on April 27, 2016) when we had left Kirchanschöring for Munich and now we were back.
Not much had changed in the mean-time. Well, at 25 °C it was considerably warmer than the snowy days back in April. But Max and his cousins started playing with each other as if they had just seen each other the week before. It surely helped that we had talked in regular intervals via Skype or WhatsApp and that we exchanged lots of pictures. Contrary to the adults which seemed to be exactly like a year ago with their usual peculiarities and characteristics, at least the kids had clearly grown. The smaller the kid, the more pronounced the development they made in the past year. What a relief: at least there’s something that has changed.
We did not spend every day in Kirchanschöring though. It was such nice weather that we spent most of our time at lakes (Höglwörther See, Seehauser See, Waginger See), in the mountains (Harbach Alm, Teisenberg) or in the garden. 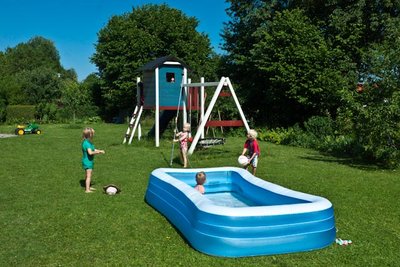 Most of our time we spent with my immediate family, but we also made sure to say hello to my grandma and uncles and aunts. And I even got to catch up with one of my best friends from high school days.
There were lots of small and big things that make home ‘home’. There’s the food, the house, the view, the local customs, the card games and the peculiarities of everyone including ourselves. What a luxury being able to come back home after having seen so many other parts of the world. 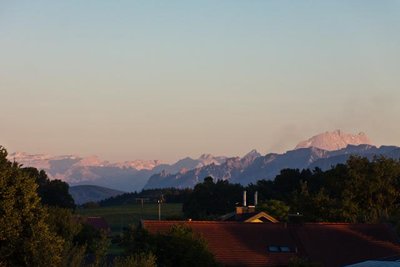